I have been researching digesters in Africa as I have many contacts who are interested in biogas. For a typical large family the usual DIY type with plastic vessels do not hold enough biogas for even limited cooking!

The only commercial type that might be suitable is the sausage (or balloon) type made of flexible plastic with the slurry entering at one end and digestate exiting at the opposite end. Most commercial digesters have a large conteinder underground but again no mechanical mixing - unlike digesters in most parts of the world!

Recently I have found independent reports on digesters. Here is a typical one reporting a 60% failure rate aftger a year or two:

“Some degree of solids accumulation is inevitable in plug-flow and other flow-through systems due to limited mixing within these systems. This can be especially problematic when cattle manure is used as the primary feedstock due to the high lignocellulosic biosolid content in this waste. Indeed, these materials have a tendency to settle within the digester and are slow to degrade. As a result, the effective volume is reduced, and therefore the hydraulic retention time of the digester system is shortened, which leads to lower substrate conversion.

Mechanical mixing can be used to resuspend settled solids and thereby mitigate solids accumulation and clogging; however, it also promotes hydraulic short circuiting within the plug-flow digester, which can reduce substrate conversion and consequently methane yield.”

Offline
Last seen: 2 weeks 3 days ago
Joined: 24.Mar
thanks Graham for sharing. I

thanks Graham for sharing. I guess this is something that needs to be confirmed from in-the-field usage. I'd like to hear back from some practitioners over the next month if they can confirm the finding. 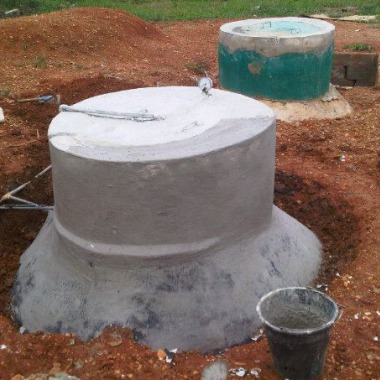